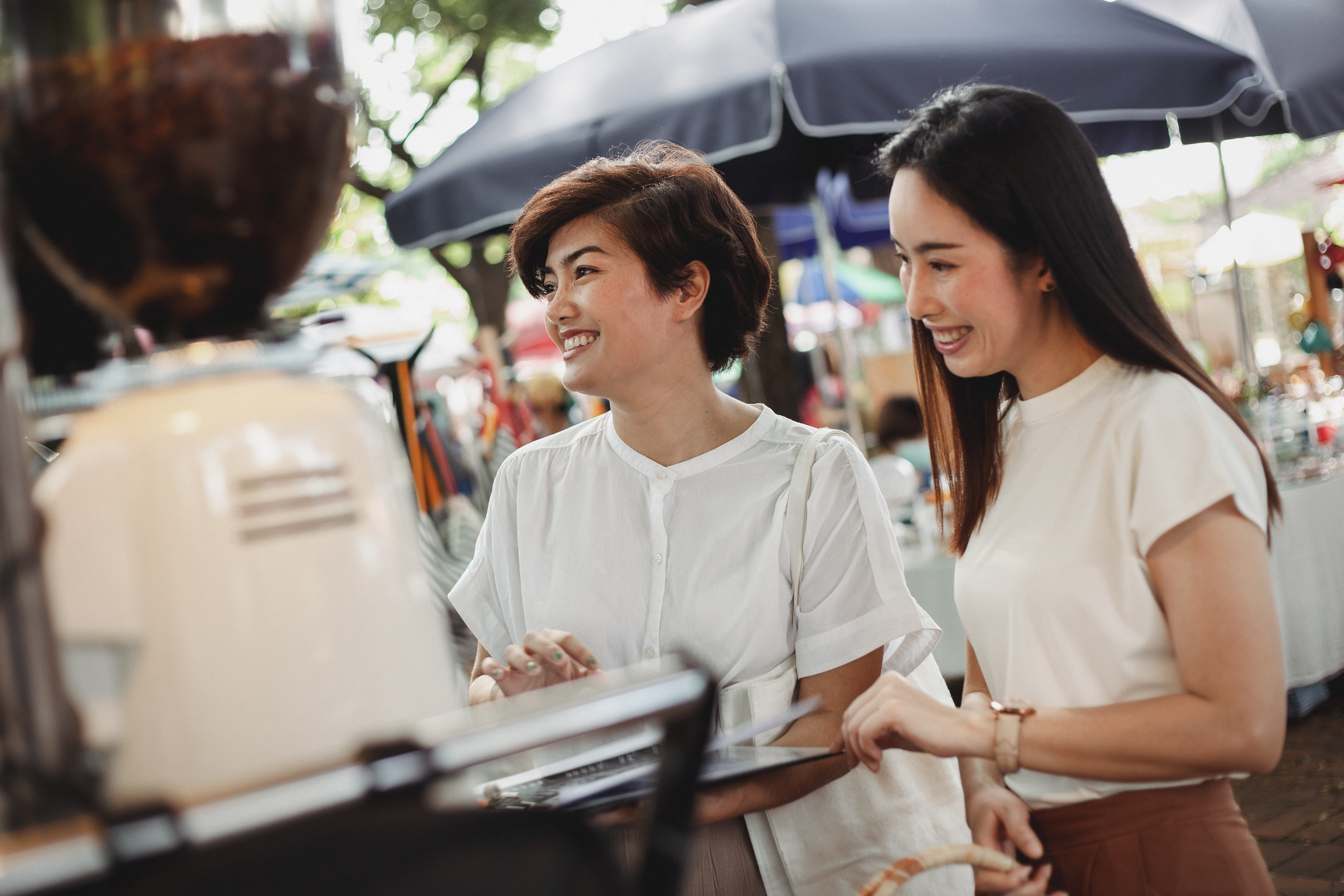 It seems that everyone is talking about 3D this year, although half of them think 3D is dead before they even start, and the other half know very well that 3D is simply the next step in the evolution of visualization. digital video. In fact, much of the technology that is touted as amazing new 3D has been around for 20 years or more. Let’s take a look at the top 3 types of 3D displays out there so you know what your local electronics store is trying to sell you next time you upgrade your TV.

However, first, what the heck is 3D and why is it so important?

3D is the way the average human sees the world around them, although you should know that not being able to perceive in 3D is actually quite a common disability among many adults. However, assuming you see the world around you in 3D, how can you artificially produce and reproduce something in 3D, like a movie or video game?

Being able to see in 3D means that your vision has a sense of depth, of how far objects are from your eyes. Your brain calculates this automatically by combining the images you get from your left and right eyes, and solving for the small differences that occur when you look at something from a different angle. You can see what I mean by putting a finger in front of your eyes and looking forward. Close one eye, then open it and close the other. Do this quickly and you will see how different each one looks. Your finger is in a completely different place for each eye, but your brain recombines the two and realizes that it means your finger is close to you.

Making a 3D movie is as simple as using two video cameras, which are joined at roughly the same distance as the human eye. Each one takes a slightly different recording, which when played back in the human brain can show you not only the visual scene but also the depth of everything you see. If the movie was animated on a computer, converting it to 3D is easy as it simply involves re-rendering all of the movie data from a slightly different angle. If the movie is shot with 3D in mind from the beginning, as Avatar was, the effects are impressive.

3D games are incredibly easy to do, as all the data needed to find out where each object is in 3D space is saved directly to the computer and can be processed in real time. In fact, many of us played 3D PC games for 10 years, and the technology is exactly like that of many 3D televisions and cinemas today.

Assuming you have some 3D data, be it a movie, computer generated animation, or video game, the problem is how to show it to the viewer. This is the technological aspect that we are going to discuss a bit today.

However, before I explain some of them, let me say that I won’t talk about those tacky red / blue glasses you get with cheap old 3D comics and DVDs as that’s not real 3D and the quality is surprisingly poor. , quite apart. from the fact that everything you see is red and blue.

All of these 3D technologies essentially boil down to how to get that slightly different image for each eye separately, without the other eye seeing it as well. Since normal TVs show the same image to both eyes no matter what you do, 3D is impossible for them. That is why it is absolutely necessary to purchase a new television if you are going to watch any type of 3D material.

But how can we offer a unique image to each eye?

Polarization means making light beams point in only one direction. Likes usually point us in all different directions. A polarizing filter only lets light pass from one direction. They are generally used in photography to avoid reflections; For example, if you were to try to take a picture of a window, you couldn’t really see the other side as light would bounce off it and enter your lens. With a polarizing filter, I would cut it off and be able to see whatever is on the other side of the window.

The unique and useful properties of a polarizing filter mean that by combining 2 filters, we can make a kind of dimmer switch. If you take two pieces of polarizing film (think high school science classes now) and turn them slowly, at one point they will let most of the light through and at another point they will let through zero light. This is because, in the first instance, the direction of the light is aligned by the first filter that the next filter passes through. However, when you turn the second filter, you do it slowly so that the aligned light cannot pass through and reach your eye.

However, in terms of 3D technology, being able to filter particular light beams so that they can or cannot be seen by each eye means that we can deliver a unique image to each eye at the same time. How? We have two images on the television side and each one can be polarized in a different direction. We then add the same filter to a lightweight pair of lenses, and each eye will only see light that is polarized in a particular direction.

This is basically the cheapest method of doing 3D and it is far from perfect. It is used in large 3D cinemas where the quality of the film is not as important as the experience, and it is probably not a full-length film, as in Disney World, for example. The main benefits are that the glasses are lightweight and incredibly cheap to produce, so it doesn’t really matter if people break or “misplace” them.

Several cheaper 3D TVs are being produced for the budget market this year, but I suggest you stay away from them. There is often a lot of blurring between images (so you can see both left and right at the same time), and you really need to be in a dark room to get the best of this type of 3D. Dolby also has a proprietary system that apparently produces better quality than standard filters, and is currently used in several better 3D cinemas.

This is the best quality 3D you can get right now, and anyone who insisted on how good Avatar was has probably gone to see it using this technology. The active LCD shutter means the viewer has to wear some pretty bulky glasses – each eye has a separate LCD screen inside it, as well as an infrared signal receiver that connects it to the movie being played. Unlike passive polarization that only displays both images on the screen at once, active shutter methods display frame after frame, alternating between views intended for the left and right eye. The glasses’ LCD screens turn on and off in sync, blocking one eye and then the other. This turns on and off so fast that your brain simply combines the two images and forgets the other part of the 50% where each eye could not see anything.

The advantage of this method is that the quality is excellent and there is almost no “bleed” from one image to the other. Unfortunately, some people claim that it gives them a headache. In all my years of playing games with NVidia active LCD shutter lenses, I’ve never had a headache, so I suspect the problem is perhaps something you get used to. When the television came out, I suspect that there were similar complaints from a large proportion of the population.

This will be the 3D platform of choice for consumers for many years to come. Yes, the glasses are annoying, but we won’t see everything in 3D either. When I sit in front of my PC to play a 3D game, for example, I hardly notice them. The latest incarnation of NVidia’s LCD shutter glasses is actually quite lightweight, wireless, and recharges from a tiny USB socket. The bulky models you get in high-end 3D cinemas are no longer bulky due to old technology, but simply to make them more wear-resistant and discourage you from taking them home. However, if you’re really against wearing glasses to view 3D content, well, you’re going to be waiting a long time. Which brings us to the third method.

Parallax 3D displays display 3D content without the use of glasses. Although there are many competing technologies and they are evolving rapidly as we speak, the basic principle is that both images are displayed on the screen, then some kind of filter bounces the images in different directions. When viewed from a certain angle, you see the 3D effect. Most offer a variety of about 6 different angles you can view from, but outside of them you will lose the 3D effect and only see two blurry images.

It’s a relatively new technology, and it was first shown last year with the words Fujifilm’s first consumer 3D camera, which I had a chance to play with. The camera took 3D images and was able to simultaneously preview and play those images on its small screen without 3D glasses on the back. This year, the Nintendo 3DS will use a similar but somewhat refined version of the same technology to bring portable 3D games to the masses.

My experience with Parallax displays has not been that impressive. First of all, keeping your head in a fixed position is just plain annoying. Especially if you are viewing something in 3D, your head has a natural tendency to move and you want to see it from different angles. Also, the depth you can perceive on one of these screens is pretty poor. It doesn’t actually “stick out” at all, even if it looks like it’s 3D. I have yet to see the 3DS though, so I won’t comment on that until it’s available. Either way, this kind of 3D won’t be making its way to large 3D TVs anytime soon, or possibly not at all.

Hope this gives you a little idea of ​​all this new technology. Don’t forget to check out my other technical tutorials.

Previous Post
How to drive a woman crazy just by talking! Here’s something no one will share with you
Next Post
Kenya Real Estate: Top 6 Things to Consider Before Buying Land